Change is on the horizon for BC’s real estate industry and, as a potential consequence, the housing market.

If you are looking to buy or sell, if you are a realtor or if you are a broker, then there are a few things that you should be aware of. This article reviews recent announcements, hints and ongoing trends that might impact you.

The pluralization of “real estate markets” is something we want to stress and which will underpin much of this analysis.

Real estate is heterogeneous – different regions have different average house prices, different income levels, and more or less activity. These differences mean that regulatory changes will affect different regions in different ways – something different levels of government will be very conscious of when designing legislation, but more on that later.

Another thing to keep in mind is jurisdiction.

The City of Vancouver can only implement bylaws within its borders. Even within city borders, local governments are limited in what they are legally allowed to do.

The Federal Government can make broader changes, but it does not have the ability to target them geographically, so what they do to the Lower Mainland, they must also to do Winnipeg.

This will tie their hands to some extent.

For now, though, let’s start local and work our way up the political food chain….

The City of Vancouver recently announced plans to implement a tax on vacant homes.

The announcement mentions potentially working with the Provincial Government. However, given the number of vacation homes elsewhere in BC, it is likely that the City of Vancouver will be acting alone on this one.

That being said, the Province MAY create a “residential vacant” class on their property assessment roll, which could be used to administer the tax.

How Will This Tax Work?

Identifying a vacant home isn’t as straight forward as you might think and a home could be vacant for legitimate reasons: renovations, awaiting sale/tenants, awaiting permits, residents on sabbatical, etc.

Expect any solution to be more costly and less perfect than you might prefer. It is likely to be more of a headache for local homeowners than an influence on wealthy investors and the administrative costs of implementing the tax will eat into any revenues generated.

What Effect Will the Vacant Home Tax Have?

Obviously, this will depend on the level of the tax, so it’s hard to say. Think about this though. If you are the quintessential vacant homeowner – you bought the home, never lived in it, never rented it out and you don’t even live here – it’s going to be tricky to actually get any tax revenue out of you.

BC Government Announces Changes to the Real Estate Industry

The Liberal Government has announced several changes to the real estate industry, with more potentially on the way. 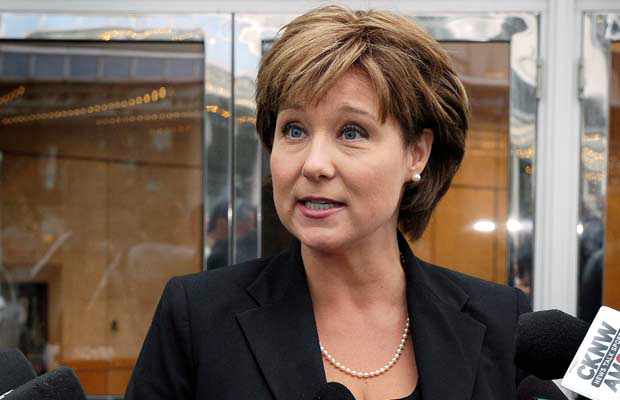 Following a recent report, the Provincial Government has announced plans to end self-regulation of the real estate industry. Up until now, the Real Estate Council of BC has been in charge of rule-making and oversight in the province.

Not to be left out, the NDP has announced their own plan to tax speculators that own property but don’t declare any BC income.

What Will the Effect be of These Changes?

On housing prices? Probably not much. Keep in mind that the Government is doing its best to design policies that DON’T lower housing prices.

This will impact realtors more than anything. As we argued in a recent article, shadow flipping isn’t driving house prices because there is still a long-term homeowner at the end of the flipping process.

The NDP’s proposal to tax property owners that don’t declare BC income would likely have more of an effect because this might reduce the number of potential buyers, but it depends on the design of the taxation.

The Office of the Superintendent of Financial Institutions (OSFI) is the body that oversees large financial institutions in Canada and has control over underwriting practices (what you need to qualify for a mortgage). They have announcedthat they will be more carefully reviewing mortgage going forward.

HOWEVER, that doesn’t mean that it won’t be harder for some people to get a mortgage.

The OSFI is focused on a few areas:

What Impact Will Increased OSFI Scrutiny Have on the Housing Market?

On the market as a whole? Not much. Certain buyers, however, will have a harder time getting a mortgage:

What’s the Federal Government Up To?

The Feds have said that they are actively looking into potential rule changes aimed at cooling the housing market.

They have been mum on the details though.

Keep in mind that the Federal Government is forced to paint with a very wide brush and is stuck implementing nation-wide policies. The best they can do to target certain markets (such as Toronto and Vancouver) is to implement changes that would affect typical transactions in those markets.

Also, any changes would likely be progressive (the more you make “the more expensive the home”, the more you pay).

They did this recently when they changed the rules for down payments. Note that, as we said, there was essentially no noticeable effect.

If the Feds were to step in, it would likely come via changes to underwriting policies (higher down-payments, different debt service ratios, etc.).

These changes will likely have an impact on certain individuals, especially some realtors, self-employed persons, and buyers/sellers in hot markets. On the whole, though, they are unlikely to have a significant effect on housing prices.

That being said, more aggressive changes could always be made, but they haven’t been announced yet.

We will keep you posted.